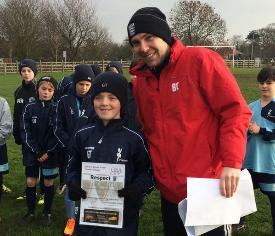 The game was between Discoveries and JR Sports U11. Discoveries were the easy winning but 1 young lad for JR Sports played an excellent game and stopped the score being far more. He also helped opposing players when injured and also continued to keep his team upbeat even though they were getting well beaten. Very impressive young man as a player and with good spirit towards both his team and Discoveries. 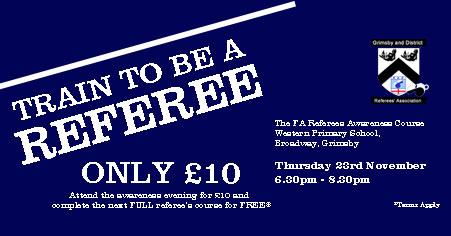 Attend our awareness evening for £10 on Thurs 23rd November and you may be able to attend the FULL course for FREE. Terms apply and spaces limited. Visit www.grimsbyra.org/awareness to sign up! (Provisional date for FULL course is 2nd/3rd December).

Please note that Healing Hotspurs 4Matic U11 have withdrawn from the league. This means any fixtures or results have been removed.

We've summarised a number of queries we've had over the past few weeks. Click here to view them.