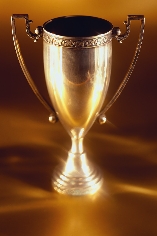 Only the League Cup will continue

Due to the weather conditions earlier in the year and the terrible backlog of league fixtures, only the League Cup will be completed this season.

The Chairman's Cup will be cancelled with no games played and the Cup fees will be reviewed over the summer.

We'd like to offer our apologies to those teams who have missed out on the chance for Chairmans Cup football, and hope we can get this competition back on for season 2010/11.

The League Cup semi finals will be this Sunday 25 April - Maidenhead Utd vs Aldershot LFC, and Southampton Saints vs Shanklin.

The Final is scheduled for 23 May with the venue TBC.