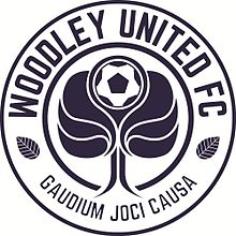 Woodley United was formed in 2015 from a merger of three Woodley clubs: Woodley Town, Woodley Hammers and Woodley United. This award is great recognition that in the short period of time Woodley United has been in existence, the club is demonstrating its commitment to provide football to all in a safe and enjoyable environment that is in keeping with FA ideals.

It provides a foundation for Woodley United to build upon within the local community to demonstrate that we are the club of choice that is committed to providing football from mini kickers to adult for male and female participants.

The award was presented by Berks & Bucks FA’s Nathan Simpson to Woodley United’s Club Secretary, Steve Outen and Chairman, Dave Pickup at University of Reading’s Bulmershe Pavilion, Woodlands Avenue, Woodley on Saturday 26th September at 10am. Players from the boys u14's section and girls u12's also joined them in the photo.

Club CEO, Mark Rozzier said “I am delighted that in its short period of existence Woodley United FC has been awarded the prestigious FA Charter Standard Community award. The award is a testament to the hard work members have put into creating the club and supports the founding principles of the club of Respect, Encouragement, Togetherness, Inclusiveness and being a Beacon for Good.

Players and parents can join the club with confidence that they are joining a well-run club that has the highest FA kite mark within it Charter Standard scheme and puts the interest of the player at the centre of what it does.”

Commenting after the presentation, Nathan Simpson from the Berks & Bucks FA said “I would like to congratulate Woodley United on the excellent work they are doing within the community as a football club. It is great to be able to recognise them as a Charter Standard Community club, the highest Charter Standard status you can achieve. The amount of work which needs to be carried out to achieve the award is vast, so once again I would like to congratulate everybody involved in the process and wish the club further success in the future.”

The Berks and Bucks FA web site provides information on the FA Charter Standard as follows:
"The FA Community Club scheme builds upon the foundations of the Charter Standard scheme in placing clubs at the heart of their community. Community Clubs, the pinnacle of the club development pathway, are those that have a high quality, multi-team (minimum of 10 teams) set up with excellent social, training and playing opportunities for all. As such, the number of Community Clubs is one of the truest measures of success for The FA Football Development strategy.

These Clubs are the pinnacle of grassroots football within our County."