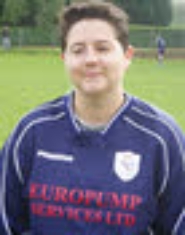 Both Havant and Waterlooville and Maidenhead Utd dropped points in their games this weekend. H&W were held to a 1-1 draw against Aldershot Town Ladies in the Premier Division. Nikki Moore took the lead on 18 minutes for the Shots, whilst H&W replied early in the second half through Charley Wilson.

In the First Division, Reading Ladies much improved recent form caused Maidenhead to suffer only their second draw, but it could have been much worse with Ladies holding onto a narrow 1-0 lead until 10 minutes from the end of the match. Rhonda Stewart was on target for Reading Ladies scoring her first goal of the season with a looping ball which crept in under the bar on 70 minutes.

In the double header action Bracknell won both contests against Southampton Women - firstly by 2-0 and then 4-1. MK Wanderers took 4 points off Henley with a 3-0 win then a 0-0 draw, and Shanklin vs Wycombe was also close with a 2-1 win to Shanklin followed by a 0-0 draw.

In the First Division, the other results were Chesham Res 1 - 1 Banbury.
Oxford Utd maintain their push for promotion after beating Reading Girls by 6 goals to 1.