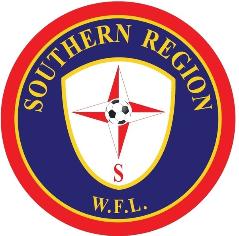 Now confirmed....read on for info

I am pleased to confirm that the promotions and relegations for season 2016/17 can now be confirmed.

First of all, congratulations to New Milton Town who finished the season with a narrow 2-1 win over Barton Rovers to secure themselves the First Division championship and automatic promotion to the Premier Division.

Close behind them were Ascot United who finished the season as runners up and are also promoted to the Premier Division.

They will also be joined in the Premier Division by Shanklin Ladies FC who were members of the FA WPL this season and have applied to join SRWFL following a difficult season for them.

As the bottom placed team in the Premier Division, Bracknell Town will be relegated to the First Division. There will not be a 2nd team relegated.

5 teams from County League have been accepted via the promotion pool (4 from Hampshire and 1 from Thames Valley) and we welcome Benson Lionesses, AFC Bournemouth, Eastleigh, Warsash Wasps and Southampton Women's Reserves to our League.

The constitution of the Divisions for 2017/18 is now being worked through and will be presented to Clubs ahead of the AGM on 25th June.