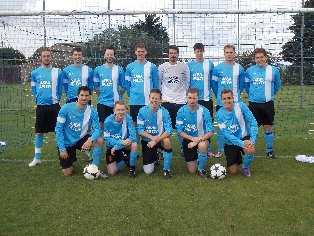 Sheffield West End, who have strong links to grassroots and Sheffield youth football, support a squad of predominantly young professionals and students. Playing their home games at Warminster Rd, Norton, the agreement guarantees their continued existence and contribution to football in the local area. In 2012/13 the West End were voted the winners of the Arthur Bottom Fair Play Trophy by their opponents throughout the season - who awarded them consistently high scores for conduct both on and off the field - a fact which is viewed by those inside the club as recognition of their commitment to playing the game in the right spirit.

ASSA ABLOY, a Swedish multinational corporation are the global leader in door opening solutions, with several divisions and brands operating in the UK, including Yale and Union locks. The Entrance Systems division in the UK operates nationally from two British locations; Chapeltown, Sheffield is home to the Crawford brand - a world renowned Industrial Door and Docking Solutions specialist - and Sunbury-on-Thames, London is home to their Pedestrian Door Systems brand, Besam.

Sheffield West End FC team manager Dan Baron said on behalf of everyone at this club, wed like to say thank you to ASSA ABLOY Entrance Systems. Without their backing wed find it very difficult to keep the books balanced. Seniors football can be an expensive business, and financial backing is difficult to find at the best of times, let alone in this climate, so their moral and financial support genuinely makes a difference.

Clubs primary and secondary contacts with emails and mobiles