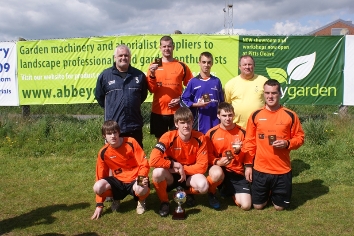 The 2011-12 season finished on Sunday 13th May at Tavistock Community FC.

For the first time the league had competitive football for disabled womens teams, with the introduction of a womens league. Four teams competed throughout the season and despite some strong performances from runners up Tavistock Spirits, it was the longest established womens disability football club in Devon, Plymouth Argyle that wrapped up their first and indeed the South Wests first ever Womens Disability Football trophy. ROC Active Exeter picked up the fair play award voted by referees.