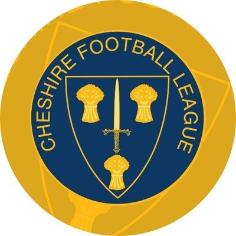 FC St Helens stand between Whaley Bridge and a fourth consecutive JB Parker Cup success.
Whaley Bridge beat Knutsford 9-8 on penalties in the 2015/16 final and have refused to relinquish the trophy ever since.
They swept aside local rivals Poynton 3-1 to retain the title the following season and last year they made it three in a row with a Sam Leadbetter inspired 2-0 win over Rylands.
This week they will be looking to add a fourth title to their collection when they take on Steve Leather’s team at Trafford’s Shawe View ground on Thursday night.
Whaley manager Darryl Hall is looking forward to the game and believes his side have shown that they are capable of writing their names into the history books.
‘I think we’ve got a very competitive spirit and we have done for many years now and I think we’re an extremely difficult team to beat, in any kind of cup competition.
‘What’s interesting for us is that we’ve encountered three different types of finals, and fortunately we’ve come out winners in all three. One final we’ve had to play some football, one final we were backs to the wall and another final it was a physical battle.
‘We’re confident we can win every game that we walk out to. Confidence isn’t necessarily the problem,’ Hall said.
With an opportunity like this, comes pressure and Hall admits that the onus is on his side to perform rather than the opposition.
‘They’ve come up into the division and they’re going to be safe so they can go out and enjoy the final.
‘I’d probably say the pressure is on us really. It’s history if we do it. They don’t have anything to lose,’ he said.
FC St Helens pose the final test in what has been a challenging run to the final for the Derbyshire club.
‘It’s been a real tough run. Poynton away for starters, who were going for the league and then Altrincham, which went to penalties. Egerton was on a 3G which we’re not used to so it was a difficult run in this time round.

‘It was a really tough game at Altrincham but it was probably the best I’ve seen Whaley take penalties. Everyone was smashed into the corner.

‘We’ve given ourselves every chance and we’ve just put a really good run together. We’ve become a very difficult side to beat,’ he said.
The Saints had their survival confirmed on Saturday despite not playing and will be looking to spoil Whaley’s party on Thursday. Leather, like his opposite number, believes the pressure is all on the reigning champions.
‘I think all the pressure is on them, and I would argue all day long with someone who says it isn’t. It’s fair to say that Whaley Bridge, for the last few years, have always been in the top two or three in the league. The pressure is on them, we’re the newcomers to the Prem and I think all expectation will be on Whaley Bridge,’ Leather said.
It has been a mixed first season in the Cheshire Premier League for FC St Helens who have confirmed their safety, and place in the Division for 2019/20.
A change of manager, after a poor run of results earlier in the season, saw Leather take charge and since then results have improved.
‘At the end of the day it’s a result driven game, especially in the Prem. Our remit at the start of season was just to stay in the Division. We have worked hard in a very short period, to get where we are and we’re almost a victim of our own success. Certainly, from the club’s perspective, we got there too quickly but when you’ve got it, you have to keep hold of it.
‘By the beginning of November we had had two league wins since the first of September and you could feel the vibe around the place. I just felt at the time changes needed to be made just to up the ante a little bit. I think our win rate pre November was something like 33% since the 1st of Nov we’ve got that up to about 67%,’ he said.
After a difficult start to the campaign, success in the JB Parker Cup final could put the gloss on their debut Cheshire Premier League season, and top off a successful few years for the club.
‘We’ve developed at a remarkable pace really considering we never kicked a ball in anger until five years ago. We’ve progressed quite well through the ranks with little or no money to spend. So we’ve done quite well, we’re pleased,’ he said.

FC St Helens’ preparation is well under way too and Leather believes that his side are capable of causing an upset.
‘I think we can pull out a bit of a surprise. We beat Altrincham 4-1 at our place, so we are capable of springing a surprise and anyone who thinks they are just going to turn up, look at our league position and think they are going to win are sadly mistaken. Those are the teams that generally fall foul to us,’ he warned.
The question that will be answered in Trafford on Thursday night is whether history will be made, or whether it will count for nothing.