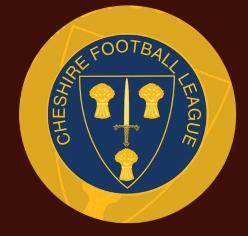 After exploding out of the blocks midweek the Cheshire League season found its stride this weekend with a glut of goals and no shortage of pulse-raising matches in the top three divisions.
In the Premier Division Congleton took over top spot by virtue of a 4-1 success away at Daten. An Oliver Griffiths hat-trick and another from Aaron Cook ensured that their side is one of only two teams with a 100% record after the opening two matches.
The other is second place Blacon Youth Club who built on their opening day victory over Lostock Gralam by beating Altrincham Reserves 2-1. Max Pouncey put Alty ahead but his early strike was cancelled out by Lewis Coppack before Luke Jones grabbed the winner.
Behind them in third is Billinge who, after a 0-0 opening day draw with Eagle, took the points at home to Egerton courtesy of a Phil Dearden hat-trick.
The game of the day came at Seddon Street, though, where Middlewich and Greenalls Padgate played out a pulsating 4-4 draw.
In this health and safety conscious society it was more than a little surprising that the first half didn’t come with a health warning. Those with a nervous disposition or heart conditions would have been well advised to stay away as the two sides bludgeoned the scoresheet at regular intervals.
Middlewich went 2-0 up with goals from Steven Hughes and Callum Priestley before Greenalls bagged three without reply to take the lead thanks to Staniszewski, Houghton and Fisher.
Middlewich restored parity going into the break; Elliot Booth’s goal on the stroke of half time signaled the end of a frenetic 45 minutes.
Thankfully the second half proved decidedly tamer, had the same intensity continued for another three quarters of an hour one fears that there may have been cause to scramble an ambulance or two.
Fisher’s second of the match looked to have won it for the visitors but a last gasp equalizer from Hughes made it 4-4.
Elsewhere Whaley Bridge’s wait to start their season goes on after their game against Crewe was postponed whilst Poynton were denied the opportunity to make it two wins on the spin when their game fell victim to the elements.
Broadheath Central got their season off to a winning start with a 4-0 victory away at FC St Helens, goals from Marc Bellingham, Ryan Tolan and a Tom Carr double sealed all three points in a comfortable victory.
Meanwhile Knutsford and Lostock each registered their first point of the season in a 2-2 draw at the Park Stadium.
In League One Styal opened up an early two-point gap at the top of the league with their second win in a row beating Ford Motors 4-2 at the Lord Derby Academy.
The visitors took no prisoners in the first half racing into a 4-0 lead thanks to a brace from Joe Knight and further goals from Matt Clarke and Jardel Depeiza. Motors moved up a gear in the second half but their two late goals were no more than consolation in the end as Styal held out for the three points and their second 4-2 away win in as many games.
There were only two other fixtures on a weather impacted day in the League One and both were entertaining draws.
Moore United must have thought they were on course for victory after a disappointing opening day defeat to Windle Labour FC; they took a 2-0 lead into the break against Denton thanks to goals from Adam Green and Daniel Kimber.
Alas they were denied all three points as a resurgent Denton came out in the second half and levelled the scores through Nathan Lewis and Aiden Hopkins as the points were shared.
Winstanley Warriors and Malpas scored six goals between them on an entertaining afternoon at Little Lane. A point each means that Malpas sit second behind table-toppers Styal while the Warriors lie in ninth after notching their first point of the season.
There were 36 goals in seven games on a rip-roaring opening day in League Two which saw Knowsley South FC lay down an early marker with a 7-2 drubbing of St Helens Town Reserves.
Tom Bailey and Wes Owen were responsible for five of the haul, the former earning himself the match ball, while Scott Dunning and Ethan Van-Aston chipped in with a goal apiece.
The game was marred somewhat by a nasty clash of heads and we send our best wishes to both injured players.
Parklands made an impressive Cheshire League debut with a 5-1 away win against Rylands Reserves; Jake Larkin, Mikey Corrigan (2), Danny King and Max Callan with the goals there.
Golborne Sports and Holmes Chapel Hurricanes both ran out 4-2 winners in their games against Hartford FC and Sandbach United Reserves while Mersey Valley were the only side whose sheet remained clean this weekend, they won 3-0 at home to Partington Village thanks to a brace from Reece Thompson and another from Ben Wilde.
Newton Athletic got their season off to a winning start after beating Pilkington Reserves 4-2 at Ruskin Drive. Jake Zahringer, Ben Woodman, Nathan Evans and Adam Pownall each getting themselves off the mark for the season.