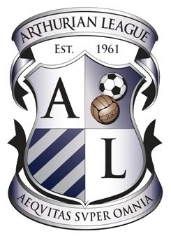 In a mystery that even Inspector Morse would struggle to solve, the Arthurian League Representative Team (ALRT) returned from their match against Oxford University with nothing more than regrets and bad luck.

The portents leading up to the match were auspicious  the perennially under pressure manager (Nick Evans) chose to stay away on holiday  but well informed sources close to the team suggest that his absence was largely due to the fact that Nick feared that the Chairman (with whom he has a strained relationship) would be in attendance.

Then, last minute injuries deprived them of their captain and vice-captain (Ant Baby Beddows and Mike Top Tilles) thus the squad was the bare 11. However, the ALRT were not discouraged and made a solid start. After 15 minutes, they took the lead after Alex Angel headed in a Dan Sherry long throw. The rest of the half was cagey but Angel turned sinner (sic) when he conceded a penalty shortly before half time to give Oxford a deserved equaliser.

In the second half, the ALRT began to fade a little and after an injury to Nick Perry (which saw co-manager Nigel Bennett have to come on due to lack of numbers), Oxford took the lead thanks to a lucky bounce falling to their striker. The ALRT were not discouraged and following another long throw, Angel went in where others feared to tread and levelled with another close range finish.

With the ALRT running on empty, Oxford took advantage and scored what seemed to be the winner with a well worked move. Alex Robinson thought he had salvaged a draw with a fine strike from outside the box, only for it to be controversially ruled out for offside by the linesman.

Heaven knows what the watching Southern Amateur League scout (whom the ALRT face in their next match on 12 November at Corinthian Casuals FC, ko 7.30pm) made of this fortuitous victory for Oxford University.