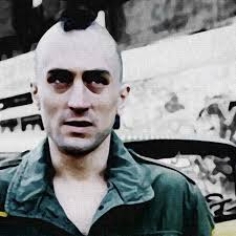 Given their record over the past 2-3 seasons, Carthusians 1s are clearly the best team in the Premier Division. In fact we understand that the Hon. Match Secretary was told last week that they are regarded as one of the best teams in the AFA.

However, try as one might, the feeling persists that they dont have to do anything too dramatic to win the majority of their matches.

Everyone knows that they dont travel well.

For years, their supporters have laid awake at night being taunted by a Hannibal Lecter-like voice in their heads:

You still wake up sometimes, dont you, wake up in the dark, and hear the sound of the 11.54 from Waterloo to Godalming and the screaming of the Essex Lambs?

Thus, their match against Carthusians was widely expected to follow the usual course:

Having been swamped in the corresponding fixture last season (and having conceded five goals to Lancing the previous week), Brentwood were utterly superb in winning 2-0.

Fenwick, Boon and Plummer were tight on opponents throughout - even Dawson worked feverishly to deny the much vaunted Carthusian midfield time and space. As a result, Carthusian talismanic star striker Cameron had one of his quietest games for ages.

In case you think this was a victory based on brute force and naked aggression, you would be sorely mistaken.

This was the perfect Jose Mourinho away performance  defensively solid, dominate the midfield and then take your chances when they arrive.

In the Divisions other matches, the great entertainers  Lancing and Forest  continued their goal laden start to the season over Harrow and Salopians respectively. KCW took advantage of slack Cholmeleian marking to record their first victory of the season whilst Tonbridge  with Colley and Spurling excelling - did the same to the divisions great enigmas (Etonians).

With Chigwell having the week off, Marlburians took the opportunity to regain leadership of the table with a hard fought victory over the stubborn Haileyburians. Malvern squeaked past a strangely out of sorts Westminster team (who are clearly missing the calming influence of David Weinstein-Linder).

Game of the day (if not the weekend) was at Merchants Taylor between Repton and Wykehamists.

This was a niggly, fractious contest where, from the opening pleasantries, no quarter was asked and none was given.

By the half, Repton were 4-1 and cruising. Wykehamists were fearful of a total humiliation.

The Wykehamist captain was desperate for something  ANYTHING - to say to his team at half-time. After racking his brain, all he could say was this:

Come on lads, theyre nothing special. Theyre just a bunch of ccc-Cholmeleians*

Suitably fortified, the Wykehamists came out invigorated for the second half.

The tone was set in the opening five minutes where a (deliberately) un-named Wykehamist squared up to his Reptonian counterpart with the words:

From that moment on, the referee needed eyes in the back of his head as the background noise and score settling from both sides reached fever pitch.

The normally mild-mannered Wykehamists had clearly decided to play by the old Leeds United Motto:

All for one and Free for All.

Worse still was the sight of handbags (Prada - naturally) in evidence as the respective WAGs went into Begbie-from-Trainspotting mode and squared up to each other on the touchline - as if someone had spilled their glasses of Chassagne-Montrachet one time too many.

The moral of this story (and indeed the one at Godalming)?

Courage is not the absence of fear, but the triumph over it. The brave man is not he who does not feel afraid, but he who conquers that fear.

(*Cholmeleians is not a Wykehamist term of abuse  it simply refers to the fact that 2 seasons ago in the Arthur Dunn Cup, Wykehamist recovered from 4-1 down to beat Cholmeleians 7-6 after extra time).