Magic Mike dances out in style 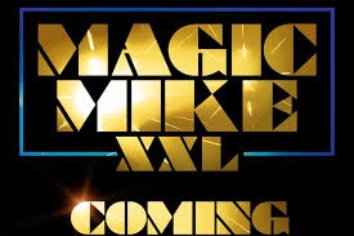 The fear was palpable.

As the Arthurian Leagues Rep Team Manager and Hon. Match Secretary (accompanied by 30 screaming schoolgirls and 20 members of the Cornish branch of the Womens Institute  more on which later) huddled together in an over-sized blanket to guard against the biting cold, both received the same text message:

Im 10 minutes away. I want a decent win, 2 up front and 3 helpings of fish and chips afterwards.

As most of you will know, the Chairman and Manager (allegedly) have a fractious relationship and this match represented the first time they would met in persons for over 2 seasons. So concerned were the organisers that extra security had been drafted in for the evening.

Moreover, the match represented the last game for the ALRT in the illustrious career of Magic Mike Tilles. In recognition of his service to the Rep Team, Mike led the team out and was manager for the evening.

After Mikes emotional pre-match speech, the managers fear was that the ALRT might be too subdued to put on a good performance.

He need not have worried  the ALRT showed served up a performance which combined desire, hunger and exceptional skill.

Theyre an excellent team, well coached, with quality and a clear identity. They use the ball very well, the watching AFA chief scout said after the game.

In the 24th minute, a slick passage of play between Perry, Kelly and Angel saw Tilles trapped on the left touchline.

Most players would have tried to pass the ball back or win a throw-in.

But this is Magic Mike we are talking about.

After considering his options, he dropped his shoulder, jinked inside 3 defenders and, without needing to glance up, curled a superb shot over the keepers despairing dive into the far corner from 25 yards. It was an exquisite finish from a player who led by example on the evening and has led by example throughout his career with the ALRT.

The contest then settled into whether Spurling or Baby Beddows could provoke the most purring from admirers. The first half momentum swung depending on which of the 2 ALRT maestros took the ball.

Despite regaining a measure of control the AFCs defence repeatedly struggled against the ALRTs fast-moving forward line and it was the ALRT who continued to create the clearer openings. Fenton swept a half-volley wide of the far post from Heywoods chip into the box, a Perry shot was blocked on the line and then Kelly scuffed an excellent chance wide from Colleys inviting cross shortly before the end of the first half.

The second half saw the AFC (whose commitment to its own brand of free flowing attacking football was admirable) begin to exert serious pressure.

The ALRTs defence was overstretched and indebted to several excellent interventions by Jamie Cameron. When the defence was breached, thankfully debutant goalkeeper Griffiths was in sparkling form - one triple save in the 62st minute showcased his phenomenal agility and defied belief. Further forward, the ALRT relied on Osekitas skill, strength and willingness to run at the defence to relieve the incessant pressure.

However, the feeling remained that the next goal would prove crucial.

With his topknot, ripped denim jeans and déclassé air, Hanbo (depending on your vintage) is the closest thing the ALRT has to Harry Styles or that bloke from the Poldark remake. As such, his every move was greeted by shrill shrieks or lustful sighs from both sets of fans. A brief glimpse of torso when taking off his tracksuit before coming on threatened to cause spontaneous combustion among his devoted followers.

With 8 minutes to go, Angel instigated the move between himself, Fenton and Cameron; a clever flick from Osekita found Hanbo at the end of the area.

Taking over the mantle (literally and figuratively) from Magic Mike and fresh from his virtuoso performance in the Arthur Dunn quarter final against KCS Wimbledon, he spun away from his marker with a Cryuff turn, bamboozled another defender with a stepover and then finished with an impudent flick to leave the keeper stranded.

It was a goal worthy of winning any game and announcing himself as a successor to Magic Mike. After that Perry and Cameron battened down the hatches and allowed the ALRT to see out the game with little drama.

What of the Chairman and Manager we hear you ask?

Thankfully, the famously irascible Chairman admitted that the performance and victory had made him feel all warm and fuzzy inside and underlined this by hugging Nick Evans at the final whistle. Even better was the news that he ate 4 portions of fish and chips afterwards so we know he left a happy man.

Lastly, it would be remiss not to thank the AFC management (Fred Nuckey et al) and team, the excellent match officials  Kevin Lowe, Sandip Chaudhuri and Derrick Coe - together with the staff at Hendon FC whose combined efforts made for a most enjoyable evening.