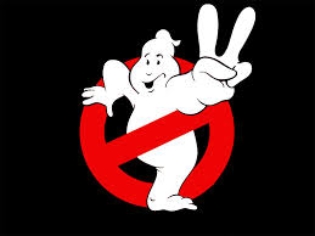 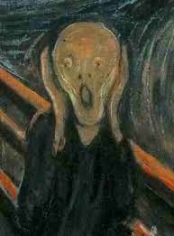 Some semblance of normality returned to the Premier Division as Carthusians won 4-0 against Tonbridge and Brentwood were too streetwise for Wimbledon.

Forest and Lancing continued to win ahead of their much anticipated November 15 showdown.

In the first Dunn match of the season, Harrow took advantage of generous Cholmeleian marking to squeak through to the second round.

Bradfield finally won their first point against Malvern. Chigwell returned to winning ways with a narrow victory against unlucky Haileybury.

The result of the day (in this division) was the meeting between Marlburians and Radley. Having seemingly taken control of the table after beating Chigwell in week 5, the supremely confident Marlburians skipped out into the afternoon sun expecting a gentle stroll in the (3G) park against Radley.

Little did they know that someone had forgotten to tell Radley they were supposed to be sacrificial lambs.

After 3 minutes, Hodgson stormed down the flank and crossed to Liddell who in turn produced a Fortnum & Mason finish as he thundered a 20 yard screamer into the top corner.

Having been granted a lifeline, Radley gave up all pretensions of attacking, withdrew into a 5-5 formation and defended as though their lives depended on it. The increasingly desperate Marlburians huffed and puffed but were unable to break down their defence. A red card for foul and abusive language in the 90th minute after a penalty appeal was turned down by the referee merely compounded the Marlburian misery.

Wellington continued Haberdashers miserable run of form with a thumping 5-2 victory. This represents Haberdashers worst run of results for a generation. A source close to the team (speaking on condition of anonymity) insist that the teams normally unshakeable faith in their Svengali Andy Evans tactical nous is waning given his adoption of a 3 man defence which, on current evidence, is simply not working.

Speaking of men under pressure, spare a thought for Oliver Bardot of Carthusian 2s.

Having been hand-picked by the mythical Richard Rudden to be his successor, Bardot knows that only goal difference is keeping his team out of the relegation places.

Dare one say it but Carthusian 2s vs. 3s on November 8 is potentially shaping up to be a relegation 6 pointer.

Berkhamstead continued their vice-like grip on the top of the table with a easier than it sounds victory over Millfield. Epsom stealthily moved into second place with a tight victory over Salopians. The injury hit Citizens suffered a bad case of déjà vue as another late winner condemned them to defeat against Aldenham (who moved themselves off the bottom of the table).

Sennockians kicked off early and romped to a 5-1 victory over Chigwell to maintain their pressure on Eastbourne whilst Stoics won their second consecutive game against a dispirited Brentwood team to put themselves on the fringes of the promotion battle.

Game of the day  if not the season to date  was the encounter between Eastbourne and Cholmeleians. Having seen the Sennockian result, Eastbourne knew only a win would be good enough.

In the first half, Cholmeleians were simply outstanding and cut through the Eastbourne defence at will.

Even though they had managed to get a goal back to make it 5-1 after 45 minutes, Eastbourne were staring at utter and abject humiliation.

The watching Sennockian scout was rubbing his hands with glee.

The Eastbourne captain asked himself one question at half time:

If youre down by 4 to a bunch of cccc-Choms, who ya gonna call?*

The Eastbourne captain duly made the call.

As a result, as good as Cholmeleians were in the first half, Eastbourne were better.

Then the match descended into madness.

With the clock showing 88 minutes and 54 seconds, a cross from the Eastbourne left back saw their centre forward reducing the deficit with his outstretched right foot.

And then, as the clock registered 89.44, Eastbourne scored a gem of an equaliser, suddenly shifting through the gears, suddenly playing with the pace and zest of their season thus far.

Panting sped through the middle, laying the ball off to Bashford, who helped it on to Mardell. He in turn cut inside, teasing the Cholmeleian defence before sweeping his shot into the bottom corner.

Four minutes into added time, and to the total disbelief of the home team, Ramsden beat 2 and crossed,to Watson who tapped in an elementary (ahem) winner.

Eastbourne celebrated wildly but know they will have to tighten up when Sennockians are in town.

There were 2 hard fought draws in the north between Cholmeleians and Harrow and Merchants Taylor and Forest.

In the south, the question remains the same:

Can anyone, anywhere, stop the Old Alleynians?

*It is a trick question - the Eastbourne captain didnt call Ghostbusters but a higher authority.

No, not the man upstairs. A higher authority - namely, an Old Wyekhamist (see Week 4 review).