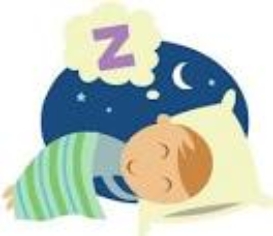 William J. He sleeps when he wants

With Lancing and Carthusians on AFA duty, the East London dust up between Brentwood and Forest took centre stage. Naturally enough, there was controversy when star Forester midfielder William Billy Jenkins declared himself too tired to play in the match for his adopted country.

This provoked a furious club vs. country debate as the owners of Chinawhite, Boujis and Whisky Mist lobbied the Foresters so that Billy could be included on their guestlists. Eventually, common sense prevailed and Billy was released by his clubs.

As to the match itself it was a curiously muted affair. Brentwood neglected to apply the high-octane pressure tactics that had served them so well against Carthusians. As a result, the calm measured play of the Foresters gradually took control and they ran out comfortable 2-0 winners.

Cholmeleians won their first match of the season whilst Harrow and Eton conceded 5 and 6 to Tonbridge and KCW respectively. Whisper it quietly but this is Harrows worst start to a Premier Division campaign in 14 years. The pressure is mounting.

In the AFA Senior, Lancing won (as expected) against Dorking whilst Carthusians were incredibly unlucky to lose on penalties to Wilsonians.

Top of the billing was the match between the top 2 - Marlburians vs Chigwell. The former were looking to achieve their third promotion in as many seasons whilst the latter wanted to bounce back to the Premier Division after a disappointing campaign last season. Putting aside any talk of divisions in their squad, Marlburians produced a superlative display to win 3-0. Elsewhere, Bradfield and Radley continued their losing starts to the season whilst Repton were involved in another fiery encounter. To the relief of those watching, this time they won.

The early pacesetters  Cholmeleians and Lancing  barely broke sweat as they cantered to easy victories over Charterhouse 3s and Eton. Chigwell secured East London bragging rights over Forest whilst OKS put relegation threatened Haberdashers to the sword. Thankfully, Charterhouse 2s managed to restore some Carthusian pride with victory over Wellington.

Armed with new management and work ethic, Berkhamstead kept up their superb start to the season with a comprehensive demolition of Aldenham (who remain mired to the bottom of the table). The woes of the injury stricken Citizens continued as they were beaten by a late Malvern winner. Meanwhile, Millfield - belatedly - demonstrated some semblance of competence.

With Sennockians not playing this week, Eastbourne continued their serene progress with a routine victory over Chigwell. Stoics climbed up the table with a fortuitous victory over Wykehamists whilst the early relegation six pointer saw Brentwood face Cholmeleians at Ashwells. The home team were deservedly ahead at the break but 5 Cholmeleian goals in 22 minutes put paid to their hopes of climbing off the bottom of the table.

Dont worry. I had the same thought - what is an inter-conference game?

Having asked the Hon. Match Secretary, I understand that these games are designed to give the teams from both sections of division 5 an opportunity to meet those teams they would ordinarily not meet.

Moreover, their results will be scrutinised by the JLC and DWT Committees for seeding purposes.

With that issue having been resolved, there is only 1 question to be asked:

Can anyone, anywhere, stop the Old Alleynians?