Arthurian League Round Up-31 January 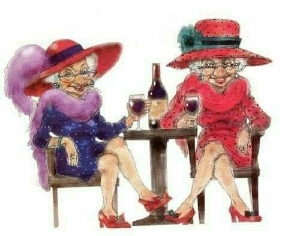 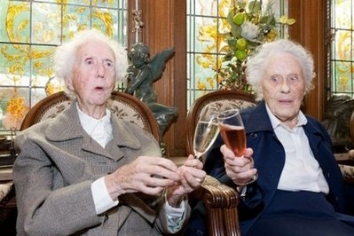 Hinge and Bracket edge closer to the trapdoor

As the entire Carthusians squad had taken the week off to help Will Young install his IKEA bookshelves, attention shifted to the other compelling race within the Premier Division  that for the right to play in Division 1 next season.

Tonbridgians eased any lingering relegation worries by thumping Brentwood in a collective showing of devastating ruthlessness. As one would expect given their away record, Brentwood were anaemic.

Salopians gave themselves hope of avoiding the drop with a determined performance against Foresters (which of course dented the latters hopes of winning the title).

Lancings home form has been their Achilles heel this season but they managed to overcome a battling Harrow who simultaneously served notice that the quarter-final between the teams in the Arthur Dunn will not (as some had feared) be a foregone conclusion.

Elsewhere, Cholmeleians and Etonians squared up for the classic relegation 6 pointer.

Alas, both teams reverted to type and rather than a blood and thunder encounter, those present witnessed plenty of thud and blunder in a game very high on endeavour but equally low on quality.

But lets look on the bright side - at least both teams scored.

The upshot of this is that 4 points now separate the bottom 5 teams in the Premier Division. Given this is the tightest relegation battle in a generation, Arthurian League statisticians are poring over their history books as there is the very real possibility that Hinge and Bracket (Eton and Harrow) could both be relegated in the same season.

With certain clubs failing to conceal their obvious schadenfreude, these are worrying times indeed for the 2 Grandes Dames of the Arthurian League.

With Chigwell suffering from OSG (over-sensitive groundsman) syndrome, the ever confident Marlburians strolled into the sunshine assuming three points were there for the taking.

No-one had told the Radleians (whose feistiness reached Repton like levels) and it took a 94th minute equaliser to restore parity and spare Marlburian blushes.

The normally grumpy Aldenhamian coach was in a fine fettle and, channelling his inner Churchill (and mindful of his schools distinguished history with the Armed Forces), roused the OAFC troops with a pre-match address (We will fight them on the beaches, we will fight them on the astroturf etc etc  you get the drift) that brought tears to the eyes of those listening.

Consequently, OAFC began at a ferocious pace. However, the post (once) and the crossbar (twice) denied them what would have been a deserved (and game-clinching) lead.

As is so often the case, the first Malvernian foray in enemy territory resulted in their taking the lead.

A short corner routine caught the OAFC defence napping and poacher supreme Sheppard was on hand to guide the ball home. 10 minutes later, it was 2-0 to the home team. Malvern then added a third through Richardson before half time.

The second half saw a renewed OAFC onslaught which brought 2 quick goals.

With 20 minutes to go and the score poised delicately at 3-2, the referee fainted and was helped off the pitch by both teams into the medical booth.

We are extremely happy to report that he has made a full recovery. Moreover, special credit must go to both teams whose prompt actions showcased the Arthurian League at its very best.

Nonetheless, it does serve as a timely reminder to all clubs that First Aid kits must be well-stocked and easily accessible.

What of the game we hear you ask? Well, OAFC then conceded 4 goals in the last 15 minutes to give the Malvernians a huge confidence boost before their LOB Challenge Cup semi final.

Whilst OAFC may rue their 20 minutes collapse, memories of their sporting behaviour will live long in the memory  and it is this, after all, which defines the Arthurian League so well done to them.

In the days only Division 2 matches, Carthusians 2s and 3s continued their seemingly inexorable rise to the summit of Division2 in contrasting circumstances.

The 2nd XI were efficiency personified in their victory against Forest whilst the 3rd XI played a ghost Cholmeleian team. So ghostly were the Cholmeleians in fact you would have struggled to ascertain if they were actually on the pitch.

Much like the Premier Division, this is another squeaky bum division - 5 points separate the top 5 teams. This week, Millfield and Kings College Wimbledon cantered to routine victories to place themselves firmly in the middle of the promotion conversation.

Westminsters recorded only their second victory of the season by ambushing Oundle who are now fearful that Millhillians will pip them to the end of season play-offs.

Lancing, Wykehamists, Citizens, Millfieldians and Eton all recorded comfortable victories to book their places in the last 16.

Old King Scholars initially struggled but ultimately prevailed on penalties against Brentwood 2s whilst Millhillians weekend got better as having seen the Oundle result, they then went out and shocked the seemingly unbeatable Alleynians.

Bancrofts unluckily lost to UCL in the last 16 of the LOB Drummond. No disgrace as UCL is one off the biggest clubs in the AFC.