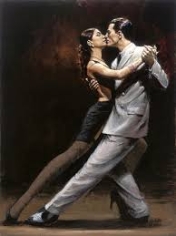 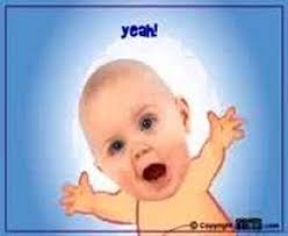 The match of the week was undoubtedly Lancing vs. Carthusians.

As some of you may know, most Arthurian League observers regarded the previous regime of Simon Wright, Lancing as a nice footballing team but a little fluffy around the edges.

In a bid to counter this, Sam Salameh (whose idol is Antonio La Rata Rattín) was drafted in to make them more streetwise - the match against the reigning champions represented his first real test.

Having listened to a rousing pre-match speech from a member of the mythical 1980s Triple Double squad, Salamehs men were in a febrile state.

The opening exchanges of the game can best be described as vicious - Lancing set about their opponents with relish.

Spiteful challenges were going on all over the pitch with an intensity that clearly discomfited the Carthusians as they had rarely, if ever, been the victim of 1960s style tackling.

The early pressure worked as Lancing scored an early goal - Salameh himself capping a slick 5 man move with a splendid low strike in the 17th minute.

At this point, the only questions seemed to be how many would Lancing score and would Carthusians finish with 11 men still on the pitch.

Having emptied the bars stock of Pouilly Fumé before the match had even started, the Lancing supporters were having the time of their lives and taunted their Carthusian counterparts with cries of olé, olé as their team moved the ball sweetly around the pitch with a dazzling amount of pace and precision.

The only fly in the ointment was Carthusian keeper Young whose quintet of exceptional saves leading up the break meant Lancing could not find what would have been the game clinching second goal.

Charterhouse were much improved after the interval. Even though Lancing continued to dominate large swathes of the game, the sense that the away team were quietly building momentum continued as the much vaunted Anthony Baby Beddows began to make his influence felt and demonstrate why more and more pundits think he is a potential successor to the legendary Henry Frost.

Ironically Lancing ultimately paid the price for their approach as the number of stoppages meant the referee decided to play an extra 4 minutes. As the clock ticked down, Charterhouse gained possession from yet another free kick when Cameron was scythed down. 2 passes later, Palley delivered an exquisite cross from the right wing to find Beddows who steered home the equaliser on the volley.

Predictably (and rather depressingly if truth be told), the Lancing supporters moaned long and hard at and about the referee and his decision to play the extra four minutes.

But deep down  when the Pouilly Fumé had worn off - they knew their team had let slip 2 points by forgetting the cardinal rule of Arthurian League Premier Division Football:

Nobody puts Baby in a corner.

Elsewhere, Harrow climbed off the bottom of the table with a morale boosting victory over Wimbledon; the divisions most enigmatic teams (Brentwood and Eton) played out a dull 1-1 draw whilst Tonbridge put Salopians to the sword.

With Marlburians taking the week off, Chigwell moved 2 points clear of the table with an assured victory over Malvernians. Haileybury moved into the fringes of the promotion race by beating Westminsters whilst the angry young men of Repton comfortably beat Radley in a match that was notable for its complete lack of controversy or drama.

In the Dunn two first round matches, Bradfield beat an under-strength Kimbolton whilst the other tie saw a match up between the 2014 and 2013 runners up  Foresters and the leagues resident Crazy Gang (Wykehamists  see week 4). The Foresters enjoyed plenty of possession but lacked incision in the final third as the Wykehamists, whose performance showed a wonderful mixture of defensive resilience and attacking intent, clinched a deserved victory.

Eton continued their bid for a first title in a generation with a thumping victory over Wellington whilst Lancing kept up the pressure with a narrow victory over OKS. Carthusians 3 showed ominous signs of returning to form with an equally comprehensive victory over Chigwell. whilst Forest underlined Haberdashers status as statistically the worst team in the entire league and piled on the pressure on the beleaguered Andy Evans.

Berkhamstead kept up their stranglehold on the table with another demonstration of their power football  this time the unfortunate victims were Malvern. Millfield continued their quiet resurgence with a stylish victory over a dispirited Salopians. Epsom and Wimbledon fought out an exciting 3-3 draw which featured 4 goals in the last 6 minutes whilst Harrow crept into the promotion positions with an 3-0 win over Aldenham.

A good day for the northeastern clubs as Chigwell denied Stoics the opportunity to go to the top of the table while Brentwood  who were vying with Haberdashers as the last team to gain 3 points - surprisingly won their first match of the season against Ampleforth (thus denying Ampleforth their chance to go top of the table). Meanwhile, Cholmeleians raced into a 4-0 lead in the first half and then withstood a furious second half comeback by the Sennockians to climb the table (and deny Sennockians the chance to go top).

With Bancrofts securing an excellent win over UCL Academicals in the LOB Minor, the norths top 2 teams  Merchants Taylors and Forest kept up their unbeaten start to the season with victories over Brentwood and Cholmeleians respectively.

Q: What does it take to stop the Old Alleynians?

A: A touch of complacency, a glut of injuries and a brilliantly determined and disciplined team of Oundelians