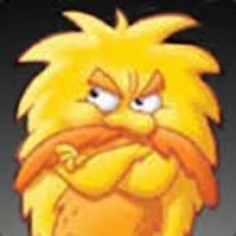 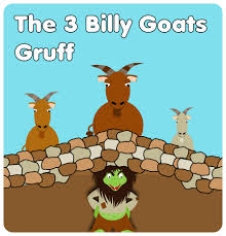 Tonbridge Kinelled and Gruffed up by the GoaT

Having looked at the Premier Division table before strolling out into the Godalming sunshine, one would forgive the current Arthur Dunn holders for feeling extremely confident.

This of course would be a disservice to Salopians who themselves have a rich history in the competition. Men such as Raven, Cookson, Westerman and Lascelles are all veritable Arthur Dunn legends and their heritage meant that McGarrys troops should never be taken lightly.

There was, however, something ominous about the way, 27 and 34 minutes in, Carthusians decided it was time to put Salopians in their place. Inspired by the man-of-the-moment, Ant Baby Beddows, they surged into a two-goal lead and that appeared to be that.

However, there had been a sloppiness to the Carthusians play and this was gradually exploited by the Salopians. Having expected to be the wrong end of a sound thrashing, Salopians were visibly growing in confidence when they reached the end of the opening half without any addition to the score.

In the second half, Salopians regrouped and having pinned the Carthusians back for long spells, scored 2 goals and really should really have won it within 90 minutes. That they did not was solely down to the Carthusian keeper Young who had an(other) outstanding match and was the main reason why the match went to extra time.

Extra time came and, as any Conservative Party supporter knows, anyone called Cameron is always at his most dangerous when his back is to the wall. So it proved here as the Prime Minsters namesake (and Charterhouse captain)  Jamie  conjured up the winner in the 119th minute.

In the days other big match up, Aldenham travelled to Tonbridge. There is a growing rivalry between these 2 sides and this was reflected in the atmosphere which could best be described as toxic.

Aldenham took the lead in the 17th minute with a well-worked set piece but having travelled with just 11 men, Aldenham knew they needed to slow the game down and disrupt the rhythm and smooth passing style of the Tonbridgians. Consequently Plans A and B were concocted.

Plan A was supplied by their cantankerous coach who decided to jump up and down on the touchline for the entire 90 minutes like the grumpy old (aldenhamian) troll from the childrens book The 3 Billy Goats Gruff (GoaT).

This worked as both the watching spectators and opposition were left wondering what on earth he was doing.

Plan B was even more inspired.

In order to add further to the confusion, the GoaT decided his players would repeatedly call the ref and opposition Kinell.

Kinell Ref, do you have any idea of the rules?*
Kinell Ref, are you sure you know what you are doing? *
Kinell Mate, you are a bit of a bounder*

(*paraphrased and heavily censored of course).

With the Arthur Dunn now reduced to the level of a Sunday morning match at Hackney Marshes, Aldenham added a second, sat back, suffered the inevitable red card and then withstood the Tonbridge fightback to run out 2-1 winners. One can only wonder what the Arthur Dunns Hon Secretary (who we understand was there) made of all of this.

The irony was that this seismic drop in behavioural standards camouflaged an exceptional performance from Aldenham who, having nullified the threats of Lockwood, Spurling and Colley, were compact, disciplined and clinically took their chances when they came.

Elsewhere, Berkhamstead, Wimbledon and Lancing and Eton all recorded comprehensive victories over Bancroft, Eastbourne, Sennockians and Radley respectively whilst OKS (with Colchester playing the match of his life) squeezed past Epsom. Marlburians made light of their supposed dislike of natural grass by easily dispatching Malvern while Chigwell outlasted an excellent Wellington challenge after 120 gruelling minutes.

Bradfield put aside their recent woes with a heroic first win of the season against inconsistent Haileybury. We say heroic as they were down to ten men after two minutes; then down to 9 with 15 minutes to go. The Bradfield superman that is Julian Stutley settled matters in the 88th minute with a trademark 30 yard free kick.

Cholmeleians kept up their title bid with a tough win over Chigwell whilst Carthusians 2s and 3s broke new ground this season as both managed to win on the same day.

Aldenhams woes continued as they were beaten at home by the Salopians - the days when their ground was worth a goal start seem a long way away. Millfield and Harrow easily beat Brentwood and Malvern respectively whilst the Citizens found a keeper, some form and their cojones to win their first match of the season.

Wykehamists beat Stoics to move onto the fringes of the promotion race whilst Ampleford once again missed the chance to go top of the table when, despite having 82.7% of the possession, they could only draw against Chigwell and even that relied upon a late equaliser.

Whilst Bancrofts were beating UCL in the LOB Cup, Harrow won their first game of the season against Forest.

Is the Alleynian bubble deflating?

A week after losing their first game of the season, they could only draw with Tonbridgians (whom they had beaten 5-0 earlier in the season).