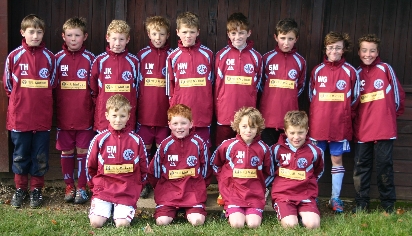 MARLBOROUGH TOWN u10 in support of the FINLAY FOUNDATION 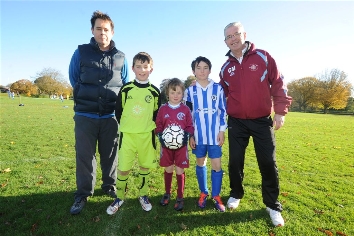 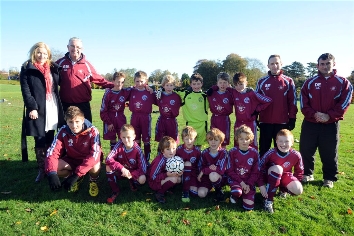 A new youth football side at Marlborough will be spreading the message of the Finlay Foundation (http://www.finlayfoundation.co.uk/), the charity set up after the death of schoolboy Finlay Connor in 2011, by playing with its distinctive yellow logo on their shirts. The boys also have track suits that have been very kindly sponsored by the Marlborough branch of NFU Mutual (http://www.nfumutual.co.uk/marlborough/), so they look very professional indeed when they turn up for their matches.

The new Marlborough Town Football Club (MTFC) Under 10s has been set up by Ged Montgomery, whose goalkeeper son Sean was a friend of Finlay at Woodborough CofE school. Finlays Mum Niki saw the players in action in their new shirts on Saturday 27 October, in a match against Ramsbury, and her younger son Louis, aged 5, was their mascot.

Ged is managing the side with the help of coaches Darren Enright and Steve Morris, and the new side trains and plays home games at Marlborough College and are part of the North Wilts Youth & Minor Football League.

The college has been very generous, allowing the Under 10s to use the grass pitch free of charge. In addition to the NFU sponsorship, Ged decided to have the Finlay logo on the boys shirts, as he is a strong supporter of the Foundation, and will be organising a MTFC six-a-side junior football tournament next May, to further raise the profile of the work of the Finlay Foundation.

Speak to your Club Secretary if you require access to this document.