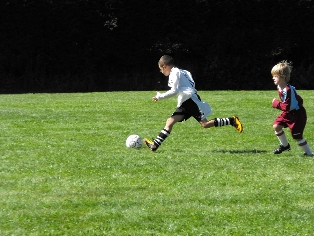 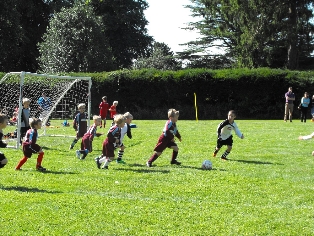 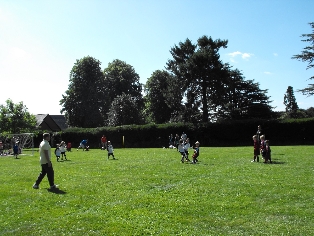 Pewsey U7 v Marlborough U7. Jack Vigor pushing up from midfield. 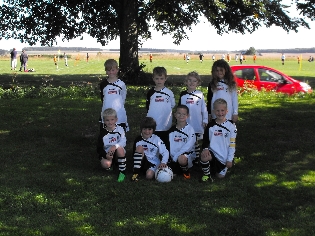 Pewsey Vale U7 played a pre season opener against a young Marlbourgh U7 side. The game started off at a fast pace with Pewsey on constant attack however Marlbourgh proved strong in defence. Jack Smith (PV) hitting the post several times. HT and both sides went in at 0-0 however early in 2nd half Pewsey team capt Riley kimber opened the scoring with a well taken long range effort. Before long two goals from Jack Smith followed by a well taken tap in from Willow had put Pewsey into a 4-0 lead.Marlbourgh struck back with a strong attack before scoring from close range. Striker Craig Tarrant(PV) soon added a fifth before Cullen Lowe scored beating several players to score and make it 6-1. Before the final whistle Willow added her second to make it 7-1 Pewsey. Both sides showing some excellent skill and all working hard.

Speak to your Club Secretary if you require access to this document.