At the 2012 Annual General Meeting (Friday 29th June), it was agreed by a 48-38 vote to allow repeat substitutions within the Amateur Football Combination for season 2012-13, as part of a national pilot within English football.

For a number of years the Football Association has been petitioning FIFA to allow competitions to allow rolling substitutes in adult male football. It is already permitted in most 11-a-side football in this country, namely youth football, women's football and veteran's football, and in a bid to address the continuing decline in adult male 11-a-side football, the FA have been pushing to allow this experiment, to demonstrate it will increase participation. FIFA have granted the FA a two year window (2012-13 and 2013-14) to allow competitions to try it, though the Amateur Football Combination is only proposing a one year experiment, to be reviewed in June 2013.
It is worth emphasising that for many of our players, repeat subs is standard. They're used to it at their 5-a-side, they're used to it from youth football, it's only when they step up to "open aged" football that substitutes are more restricted. They're also used to it in pre-season, the vast majority of AFC pre-season games are played with repeat substitutes.

The Amateur Football Combination proposal is that clubs will continued to be allowed to use three substitutes (the minimum we can specify), but that repeat substitutes will be allowed - we are about people playing football, not watching football. We are also proposing it applies for all divisions, we don't want confusion where one week a player/referee is in a repeat sub division, the next they are not.

There will be one additional administrative requirement. Every player becomes a potential substitute (because they can leave the pitch and come back on again). This means that the names of all players have to be given to the referee before kick-off, so the Amateur Football Combination will be requiring teams to provide the referee with a team sheet of players' names before kick-off. 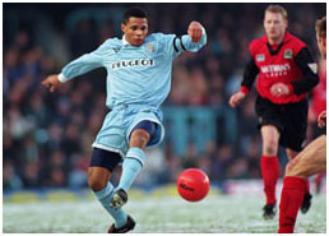 This season the AFC is making much more use of Full-Time, including Player Registration and Team-Sheets