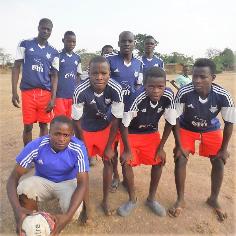 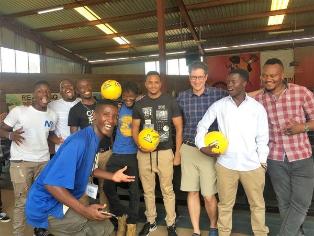 Well not the players, but the shirts were donated by St Marks Battersea Power and were taken to Malawi by Brian Marriott on his most recent visit.

Brian also took with him a supply of footballs and other equipment, some of which were donated to a Christian football team from Flood Church, a church in the heart of the capital city, Lilongwe.

Newgen FC's current Team Manager, Tom Gallagher, was a pastor at this church in the 5 years that he and his wife spent in Malawi. Tom also somehow managed to become the chaplain to CIVO United, a professional team who play in the premier division of Malawi's TNM Super League.

One of the church's staff is still the team's official chaplain and, according to their website, a lot of the players currently attend the church on a regular basis.