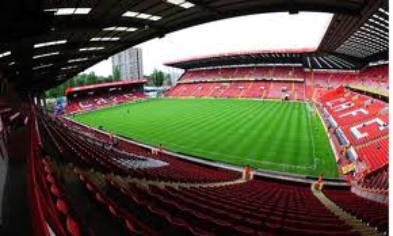 Well, in Southborough Lane Baptist FC's case, it seems that they are on their way to The Valley, home of the once mighty Charlton Athletic.

Charlton Athletic have apparently agreed to host the final of this season's National Christian Trophy which Southborough Lane have reached after defeating fellow Bromley & Croydon Christian League side, Penge Family Church 'B' by 3-1 in the semi-final. With the other semi-final still to be played, their opponents are as yet unknown, but the newly proposed arrangements for the final are that it should take place in the early evening of Sunday 22 May. Further details will appear here once they are finalised.