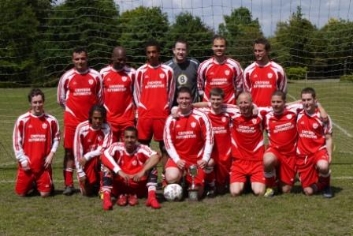 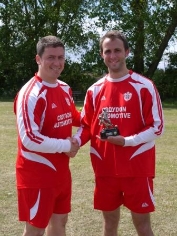 By winning the League Championship for the first time in their history, United Churches Fellowship FC broke the three-year grip that New Life FC had held on the Division 1 title since their return from the Surrey South Eastern Combination.

UCFs title hopes had been boosted by a comprehensive 6-1 win over their old rivals on 16 April and two weeks later a 9-1 win over Kings Church Catford did wonders for their goal difference, just in case that became a significant factor, as it had the previous season. The crucial results though came the following week when, with Team Manager Rob Pickering absent on church duties at the Royal Albert Hall, UCF nevertheless narrowly overcame Southborough Lane Baptist by 2-1 whilst New Life went down 1-3 to Seldon Baptist Church, leaving UCFs 7-0 win over New Life Reserves on the final Saturday of the season as just icing on the cake!