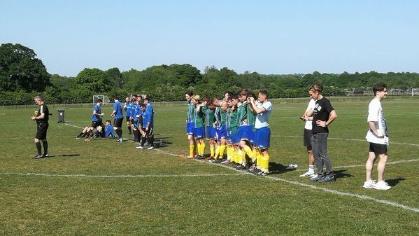 Having missed two previous opportunities to win the game, Christ Church eventually were grateful to last-minute replacement Nassos Stylianou, whose penalty went in off the underside of the crossbar to clinch victory in a well-fought, end-to-end game which neither side deserved to lose.