MATCH OF THE DAY 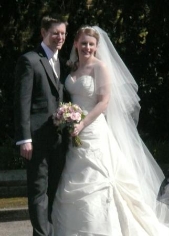 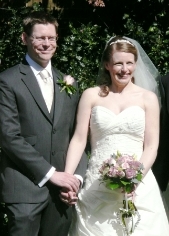 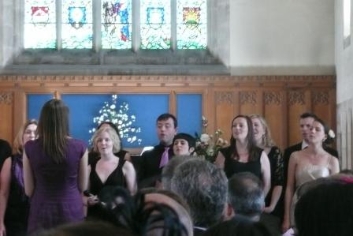 on 9 April took place at Christ Church Beckenham, where the Bromley & Croydon Christian League football fraternity were well represented at the wedding of Stephen Ford and Rebecca Wickham.

Steve is a stalwart member and former Team Manager of Penge Family Church FC and his bride is sister to CC Beckenham FC management duo, James Wickham and Sam Oliver.

Even the League Secretary could claim a link with this event, Becca, Sam and their sister Liz all being members of FUNdamentally Gospel, a choir who, under the direction of their leader, Fiona Bolton, provided a musical interlude whilst the newly married couple were signing the register.

When asked why he has not joined the choir, Steve has reportedly stated that he does his personal accounts on a Wednesday evening. What's the betting that they don't take him longer than 15 minutes before he settles down for the second half?