BACK 2 BACK TITLE WIN 4 HEART 2 HEART 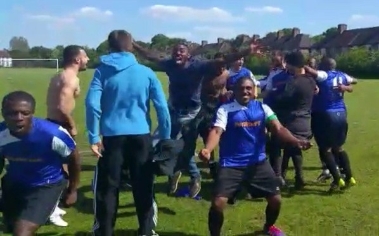 Heart 2 Heart players and their fans celebrate their title win 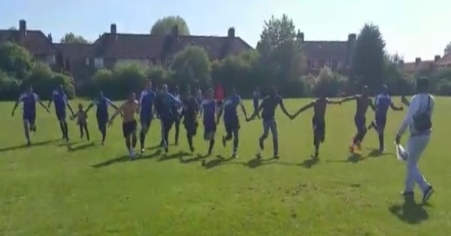 So, join hands and run across the pitch. You know what happens next, don't you? 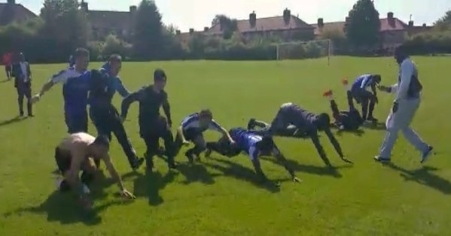 A 2-0 win over their closest challengers, St Marys West Croydon, in the final game of the season, secured a second successive Premiership title for Heart 2 Heart.

Team Manager Michael Amponsah described their second half performance as being the best he'd ever seen from Heart 2 Heart, with the decisive goal scored by Roshane Morgan, who put on a Man-of-the-Match performance whilst also celebrating his birthday!