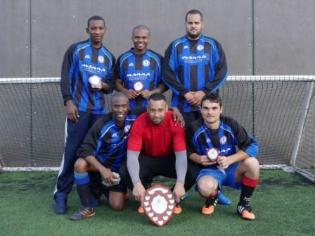 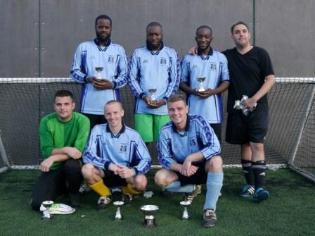 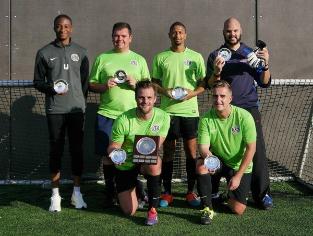 Although, over the years, both Manna Sports and Christ Central have changed their name, they continue to monopolise the League's 5-A-Side Competition. It was Manna’s turn in 2015 and they duly obliged, beating St Marys West Croydon in the final.

Since they won the competition for the first time as Penge Family Church in 2010, Christ Central have been winners in the even numbered years or otherwise finished as runners-up, with Lewin Sports winning in the odd numbered years in between. This year though the two teams met in the semi-finals, with Manna Sports prevailing on penalties to face St Marys West Croydon in the final. Having entered two teams in the competition, St Marys were somewhat unlucky that they came up against each other in the quarter-finals. They were unlucky too in the final, with several long-range shots hitting the frame of the goal and rebounding.

Meanwhile the Plate Competition was won by Selhurst United with a hard fought victory in their final against Chatsworth United.