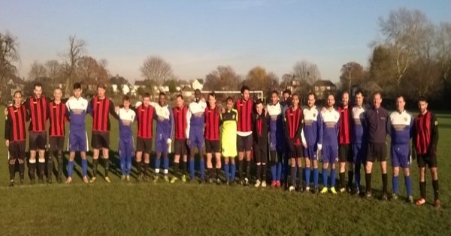 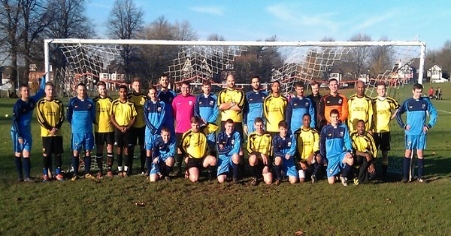 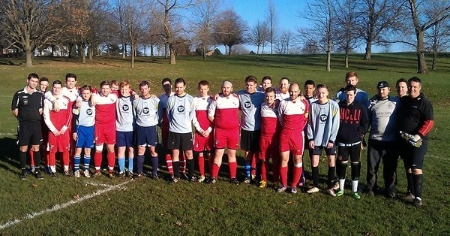 Pictured on the rolling meadows of Duppas Hill on 6 December 2014 are New Life 'C' and Oakhall, together with referee Robert Enyedi. 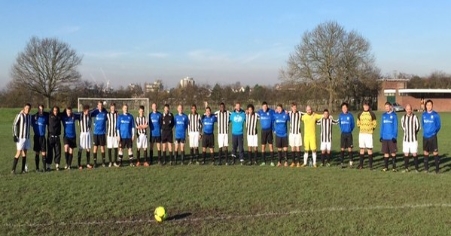 Hayes Ambassadors and Kings Church Epsom, their opponents in the National Christian Trophy, form a panorama across Norman Park, including referee Paul Marriott and the ball. 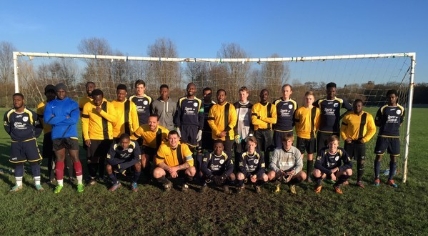 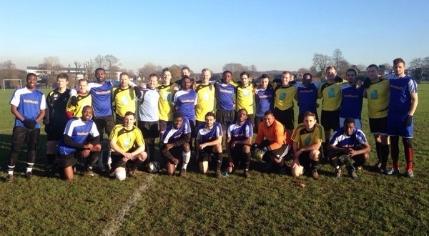 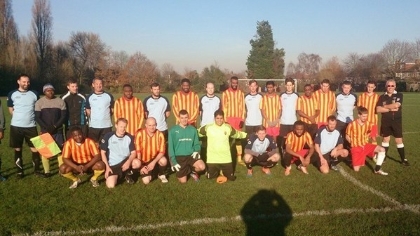 United Christian Fellowship and St Dominics at Stanhope Grove on 6 December 2014, including referee Brian Marriott ay one end, but who has been cut off from the other? The photographer obviously didn't want to be left out though! 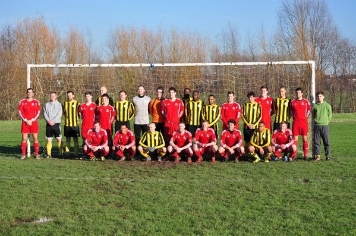 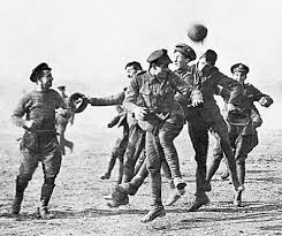 Teams from the Bromley & Croydon Christian League join those from all over the country in making their contribution to the Football Remembers project.

Football Remembers is a collaboration between The FA, the Premier League, the Football League and the British Council which aims to engage fans and players at every level about what took place on Christmas Day 100 years ago on the battlefields in Belgium.

On 25 December 1914, soldiers from both sides put down their weapons and crossed into no mans land to share in an impromptu ceasefire. First-hand accounts from the time include references to football being played and photographs being taken.

In commemoration, every club in the country, from the Premier League to the grassroots, is being asked to create a unique photographic record of football a century on from the Christmas Truce. The same activity will happen at every match  a mixed squad photo featuring both teams in the spirit of the togetherness shown by troops from both sides in December 1914. Teams will combine for a mixed squad photo before kick-off. This picture can be uploaded to Twitter or Instagram using #FootballRemembers and will be hosted on www.footballremembers.com.

HRH The Duke of Cambridge, President of The FA, said 'It promises to be a powerful way to engage and educate young people about such an important moment in our history. We all grew up with the story of soldiers from both sides putting down their arms on Christmas Day and it remains wholly relevant today as a message of hope over adversity, even in the bleakest of times.'

Visit this website this time next week and hopefully photos will have begun to be posted of our teams and their opposition in matches played on 6 December.