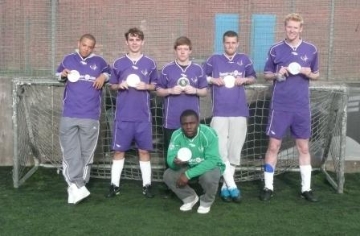 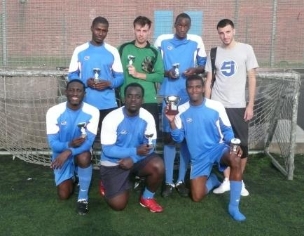 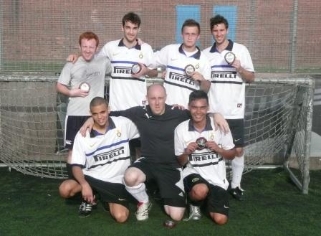 and the winners, from the top of the tree, Penge Bananas! 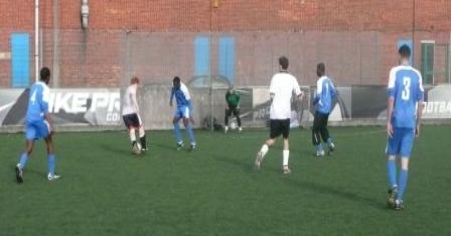 Some action shots from the final 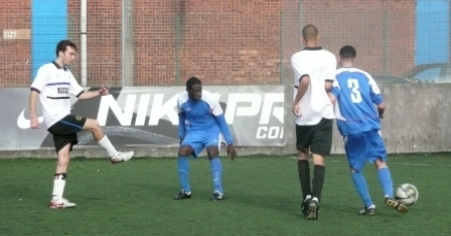 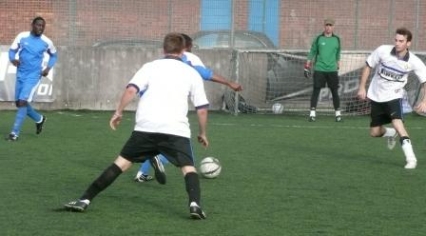 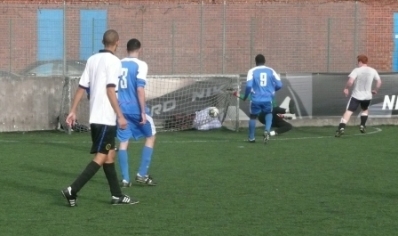 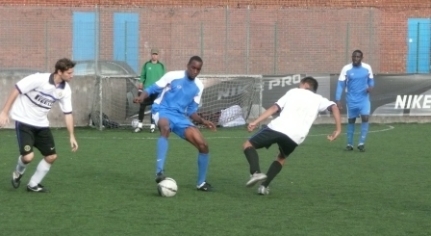 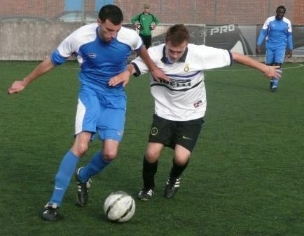 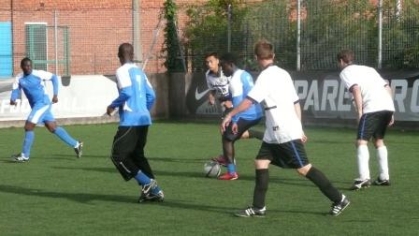 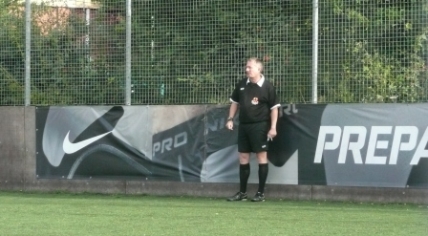 Meanwhile, I've heard of Respect, but referees are supposed to be approachable! 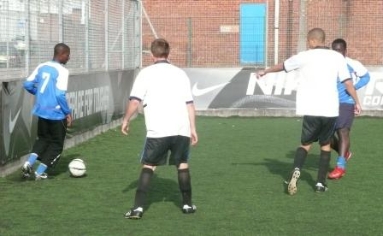 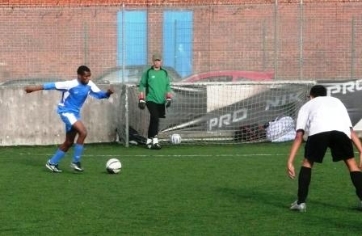 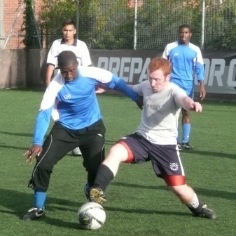 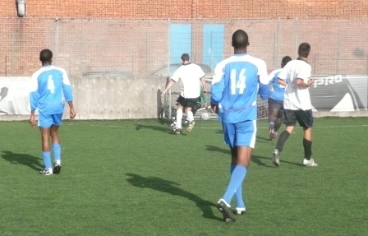 Goal! Penge Bananas go 2-0 up, a lead which they didn't let slip.

After last year naming their teams Cheetahs, Panthers and Pumas, for reasons best known to themselves Penge Family Church entered their teams in the League's 2010 Five-A-Side Competition as Penge Bananas, Mangos and Pineapples!

So it was that, on a far from tropical September day, these three teams gathered, together with 25 others, at Powerleague Croydon for a tournament organised on a format similar to the World Cup, with first phase groups, although unseeded, picked on the basis that no team could play a team from its own club until the later knock-out phase at the earliest.

As it turned out, the Mangos and Pineapples proved to be slightly under-ripe, failing to finish high enough in their groups to progress to the main competition and ending up in the Consolation Plate where they met each other in the semi-final, with the Pineapples crushing the Mangos by a score of 3-1 before beating All Saints Peckham by 2-0 in the Plate final.

Meanwhile Penge Bananas comfortably outskinned the three other teams to top their first round group, then overpowered Emmanuel Lightning and Newgen in the knock-out phase, before pipping last year's Plate Winners, Oakhall in a semi-final which remained goal-less and had to be decided on penalties.

Penalties were also needed to decide the outcome of the other semi-final in which Lewin Sports eventually beat valiant League newcomers St John's Danson after the game had finished level at 1-1.

Off court opinion probably had Lewin installed as favourites, but not unusually the pundits were proved to be wrong as the Bananas slipped into a 2-0 lead and went on to a somewhat surprisingly comfortable win to take the title for the first time in their club's history and secure a unique 5-A-Side double.