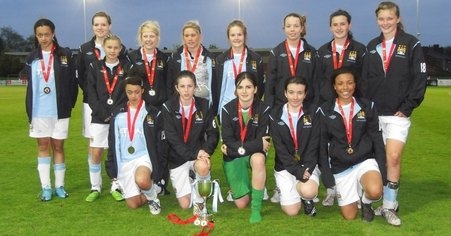 Blackpool FC Girls and Mancehster City Whites went head-to-head in the Under 16 Division Play Off tie having finished the season level on 28 points.

In a thrilling game, the teams could still not be separated after extra time with the score locked a 2-2.

With the tie going to a penalty shootout, Manchester City Ladies went on to be victorious.

Manchester City White were crowned the last ever champions of the Under 16's division, completing a League and Cup double in the process.