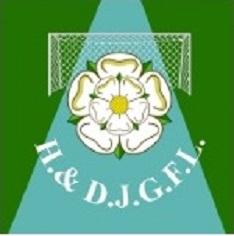 After a series of phone calls between Management Committee members on Monday, it has been agreed that Andrew Wright (Vice Chair) will be the 'acting' League Secretary during Keith's absence.
It is not yet known how long Keith will be away. We all wish him well in his recovery.

Andrew Wright will deal with external matters such as liaison with WRCFA, HFA etc, other Leagues and our Clubs.
If required Andrew is better contacted by text on 07970 770507 or leave a voicemail. Also by email at andrew@yourmortgageltd.com although the response may be slower.

Joe Billington will continue to look after the finances as our
Treasurer. He will support the LMC with any required guidance on League operation, rules etc.

Cliff Trotter (Chairman) will also help out where he can, as required.

Fortunately the season is at a stage where the priority is for the remaining League and Cup games to be concluded. The U10's tournament is next up on 23rd April, followed by Cup Finals day on 7th May.

Andrew Wright will organise the May League meeting where Clubs advise the League of their likely requirements for next season. Date TBC.

We have our next LMC meeting on 11th April, where
the normal and on-going business of the League will be conducted.