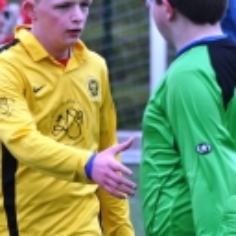 Devon Teams Plymouth Argyle and Twyford Spartans of Tiverton both travelled to Brannel School nr St Austell to play in a four team round of games against Cornish teams Trevenson and Bodmin
On a bitterly cold day,the teams met for the first cross county Ability Counts Festival of football.
Teams played each other twice on the 3G Astro turf with all the games being very close affairs and a great deal of skill on show..
Both games between the Devon teams produced 1-1 draws,as the scores suggest the teams were very evenly matched.
At the end of the day there was little to choose between the clubs with probably Trevenson from Redruth in Cornwall just about the strongest team.
This get together will hopefully act as a platform to further cross border links and grow Disability Football in the South West.